Home » News » Charcoal and its uses

Charcoal and its uses

Charcoal is an odorless,tasteless,fine black powder,or black porous solid consisting of carbon,and any remaining ash,obtained by removing water and other volatile constituents from animal and vegetation substances.Charcoal has been used since the earliest times for a range of purposes,including art,medicine,and fuel.It is a gastrointestinal decontaminant and is used to treat people who have ingested dangerous substances.Charcoal is neither absorbed in the gastrointestinal (GI) tract nor metabolized.Due to its large surface area,it absorbs chemicals in the stomach and digestive tract,trapping them and carrying them out of the body without allowing them to be absorbed into the blood.Acute exposure to charcoal is irritating to the skin,the eyes,and the GI and respiratory tracts. Toxicity is due to irritation of cornea and from irritation of the mucous membranes and the lungs, the most serious adverse effects of exposure to charcoal in humans. 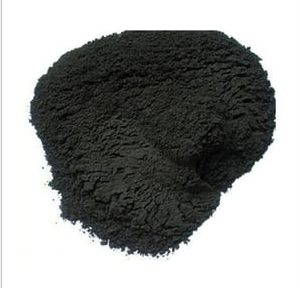 There are a few relative contraindications to the use of activated charcoal:

1.Ingestion of caustics and caustic substances,which may cause vomiting or adhere to mucous membranes,may be mistaken for burns during endoscopy.

2.In comatose patients, the airway must be secured before administering activated charcoal.

3.The patient has no bowel sounds.

Activated charcoal has been shown not to interfere with the effectiveness of N-acetylcysteine in the case of acetaminophen overdose, so it is no longer contraindicated as it used to be thought.The usual starting dose is 60 to 100 grams for adults and 15 to 30 grams for children.It is given orally as a slurry mixed with water or through a nasogastric or orogastric tube.Although repeated doses of activated charcoal may shorten the half-life and increase clearance of phenobarbital, dapsone,quinidine, theophylline,and carbamazepine (Tegretol),recent guidelines suggest insufficient evidence to support the use of multiple doses of activated charcoal,unless a life-threatening amount of one of the substances is involved.There are currently no controlled studies demonstrating that multiple doses of activated charcoal or laxatives alter the clinical course of intoxication.Doses range from 0.25 to 0.50 g/kg every 1 to 4 hours,and a continuous nasogastric infusion of 0.25 to 0.5 g/kg/h has been used to reduce vomiting.Gastrointestinal dialysis is the diffusion of toxins from a higher concentration in the serum of the mesenteric vessels to a lower concentration in the cells of the gastrointestinal mucosa and then into the lumen of the gastrointestinal tract,where the concentration has been reduced by intraluminal adsorption of activated charcoal.Complications of activated charcoal therapy include vomiting in 50% of cases,desorption (particularly of weak acids in the gut),and aspiration (at least a dozen cases of aspiration have been reported).There were numerous unreported cases of pulmonary aspiration and "char lung," ileus or pseudo-obstruction (3 case reports with multiple doses,1 case report with single dose),empyema following esophageal perforation,and Hypermagnesemia and hypernatremia,both of which were associated with recurrent complications,were associated with doses of active sa charathalarts.Accelerates the elimination of any remaining toxins in the gastrointestinal tract.There are no studies proving the effectiveness of laxatives,and they are no longer recommended as a form of GI cleansing.

There is no universally accurate dosage for charcoal.If intake is known, a 10:1 ratio (charcoal to toxin) is recommended. Charcoal dosing should be considered based on specific intake,but the following empirical doses of single-dose activated charcoal (standard aqueous products such as Liqui-Char are recommended44:

For example,if clonidine (0.1 mg tablet) or digoxin (0.25 mg tablet) is ingested,even a large overdose would be sufficient to achieve the required 10:1 ratio.The dosing regimen may be insufficient if ingestion includes a large number of 325 mg aspirin tablets or 240 mg verapamil tablets.If high milligram doses of toxic drugs are ingested, it is prudent to use more charcoal than these guidelines indicate.There are no known benefits of mixing charcoal with laxatives (i.e. sorbitol), so the combination is not recommended.Sorbitol may increase the incidence of vomiting.Because in many charcoal preparations the contents settle over time, shake the preparation vigorously before administering to the patient.The container is subsequently rinsed with a small amount of tap water before administering to the patient to allow the full dose to be ingested.47 Aqueous activated charcoal has a gritty texture,which most patients find unpleasant,but attempts have been made to improve its taste and texture. Mixing activated charcoal with chocolate milk, chocolate- or cherry-flavored syrups, or ice cream may increase palatability, but mixing with these additives leads to a decrease in the adsorptive capacity of activated charcoal, but this has not been proven. 48 Rangan and colleagues reported that adsorption was not reduced when superactivated carbon was mixed with decaffeinated cola.Scharman and colleagues demonstrated that children preferred regular,sweetened Coke to Diet Coke,but only 20% of the time they were able to coax even unintoxicated children under the age of 3 into drinking therapeutic amounts of flavored charcoal.50Activated charcoal is administered orally if the patient is conscious and cooperative,or via an NG tube if the patient is unconscious.If an NG tube is inserted, proper placement must be verified radiographically prior to administration of charcoal, especially in unresponsive or intubated patients.Charcoal drips into the lungs after inadvertent misplacement within the airways and aspiration of large quantities has been reported to be potentially fatal.25,51 Intubation is protective,but it is not uncommon to see some charcoal in the airway, even when the patient is intubated.

Charcoal is produced by the incomplete combustion of plant or animal products.The main use of charcoal is for outdoor cooking. The second largest use of charcoal is in industrial applications in the form of activated carbon.The activation process involves heating the charcoal, subjecting it to steam or treating it with chemicals to remove the material stuck to it and break it down into finer particles, increasing the surface area.Activated carbon is used as a "universal antidote" in poisoning situations, filter aid and decolorization process due to its adsorptive properties