The prevalence of air purifiers in developed countries is much higher than that in developing countries, with 70% in South Korea and 40% in Europe. 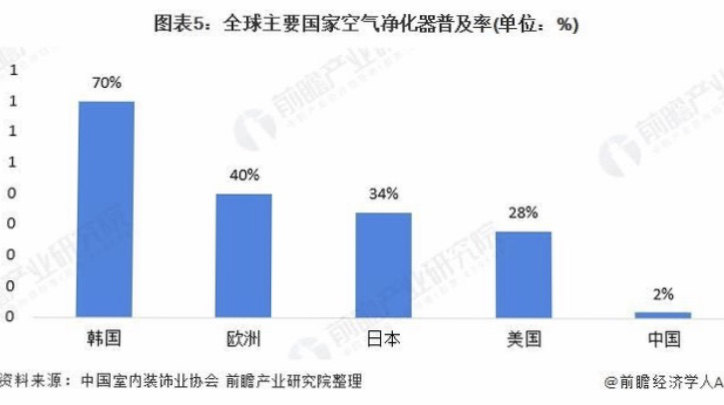