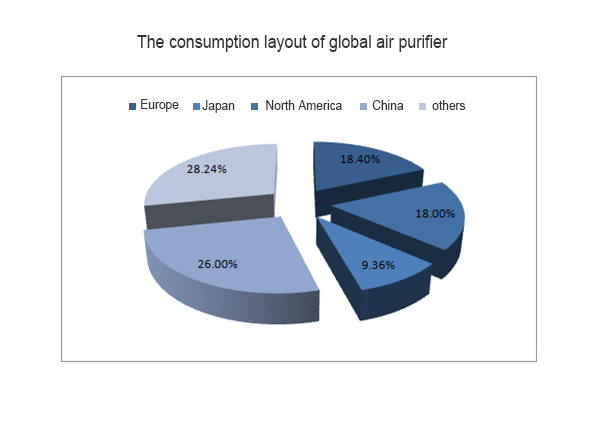 In recent years, air purifiers have become one of the main hot products in the home appliance market. The emergence of a series of problems such as environmental pollution, new flu, indoor pollution, and air quality has driven the development of global air purification equipment. Air purifiers have become a hot product that has attracted much attention and sought after in the global home appliance market.

The U.S. air purifier households account for more than 30%. The current environmental pollution and the pursuit of quality of life are the most important driving forces for the active American air purifier consumer market. In 2015, sales of air purifiers in North America were about 5 million units, while consumption in the United States accounted for about 70% of the total regional consumption, about 3.5 million units.

Canada's air quality ranks third in the world. What is less known is that Canada used to have many places with serious pollution, but the country has achieved remarkable results in pollution control. According to a report released by the Canadian Environmental Cooperation Council, the emissions of Canadian air pollutants between 1998 and 2002 were reduced by 13%, and compared with 1982, the major pollutants emitted to the atmosphere fell by 95%. Therefore, Canada has been effective in controlling air pollution, and Canada's air purification technology is in a leading position in the world.

There are 2 internationally famous Canadian air purifier brands. One is Allerair and the other is Amaircare.

Allerair Oule, founded in 1985, is a Canadian air purifier leader and the most professional air purifier manufacturer in the world. Its products are heavy-duty air purifiers suitable for various extreme and harsh compound pollution environments. Thicker and more efficient filter material, stronger air volume, larger body volume, stronger purification effect, larger applicable area, longer service life and more comprehensive purification function, especially suitable for heavy haze and heavy Complex pollution environment and large space use. There are many models of Allerair products. There are more than 60 models for household and medical (military medical series). Allerair air purifiers have been sold in the European and American markets for 30 years and are known as "the most effective air purifiers".

Amaircare is also a well-known air purifier brand in Canada. However, this brand has fewer models, and only two or three models are suitable for home use. At present, in China, both Senle air purifiers and Yikou air purifiers are manufactured by Amaircare. In fact, they are Amaircare air purifiers. It is just a different package and brand.

Canada is the second largest air purifier market in North America. At present, the annual sales volume of air purifiers in Canada is about 800,000 units.

In 2015, the sales volume of air purifiers in Europe reached 4.6 million units. Germany, Sweden, the Netherlands, and Belgium are the most important air purifier production areas. The high-end products they produce are mainly exported to Asia, North America and Australia; imported products are foreign branches Products are mainly sold back. 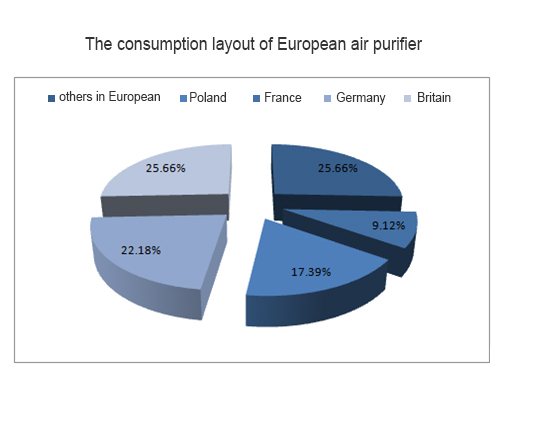 However, as Japanese consumers have higher and higher requirements for comfort, cleanliness and health in their home life, air purifiers and other electrical appliances that help improve indoor air quality are gradually becoming daily necessities, which promotes the entire The development of the air purification product market. Especially after air purifiers with high-efficiency humidification functions began to enter the market, the air purifier market began to become active again.

Although many Japanese people are worried that the air pollutants floating in from China will affect them, Japanese white goods manufacturers have discovered that China's PM2.5 has brought them unexpected business opportunities. According to statistics, in the past few months, with Chinese people's concerns about air pollution, the sales of air purifiers produced by three Japanese companies, Daikin, Sharp, and Panasonic, have increased sharply in China, and many products have been sold out.